Strap in and Enjoy the Ride 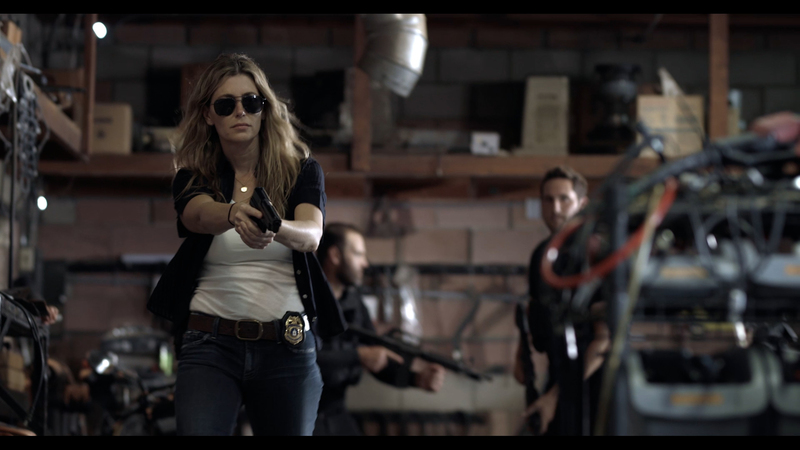 RAVING REVIEW: Now, this won’t be bringing home an Oscar for anything, but it knew exactly what it needed to be. With a simple story, and pretty solid effects throughout, we’re given an action/thriller that makes for a good time, and it knows what it is and delivers.

NIGHT TRAIN is a heart-pounding, action-packed thrill ride that will leave audiences on the edge of their seats. The film follows a determined mother, Holly McCord, played by Danielle C. Ryan, who goes to great lengths to save her child's life, even if it means transporting goods that put her in danger in her high-powered vehicle while evading the authorities. She is a force to be reckoned with as she expertly navigates the dangerous underworld and outwits her pursuers in a series of pulse-pounding car chases and intense shootouts. The stakes are high, with bounties on her head and her child's fate hanging in the balance.

The film's high-octane thrills are expertly choreographed, with each action set piece more exhilarating than the last. The plot is full of twists and turns as Ryan adapts and outsmarts her enemies. The car chases are thrilling as she maneuvers through crowded city streets and barren desert landscapes. The pacing is brisk, with the action rarely letting up; the opening scene in the film took me right back to the original FAST AND THE FURIOUS movie (in the best way possible.)

The film's main antagonist Jaylynne Jackson played by Diora Baird, is well-acted, providing a formidable challenge for Ryan. In terms of production value, NIGHT TRAIN is surprisingly top-notch. The film's visual effects are impressive, with the car chases and shootouts looking exceptionally realistic. The film's cinematography is also noteworthy, with the director expertly capturing the gritty world within the film.

With solid performances, a well-written plot, and expertly choreographed action set pieces, it is a film that is not to be missed. While some moments are constraints due to budgetary issues, the film exceeded my expectations. It took an otherwise generic action film to the next level.