This One Will Make You Think 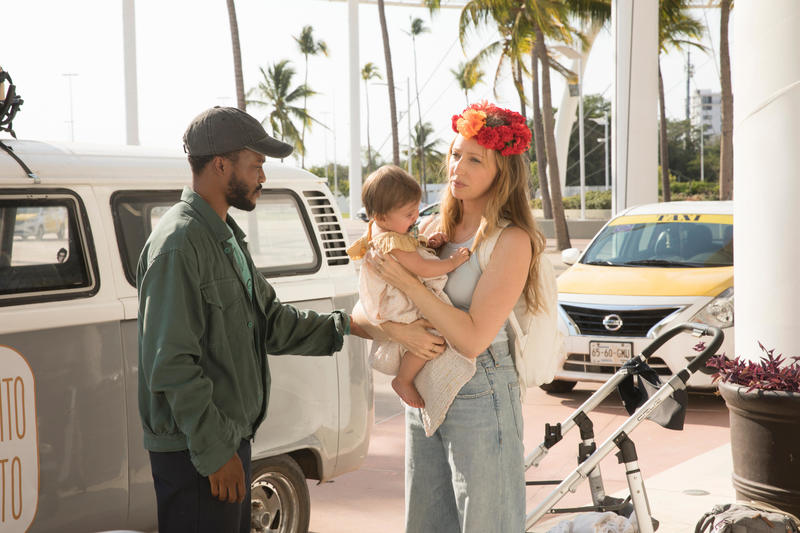 RAVING REVIEW: This is one of those films you just have to watch to experience; I suggest not looking up any synopsis or other reviews if you plan to watch it. Even the simple descriptions of the film can have spoiler-ish type information.

THE DROP, directed by Sarah Adina Smith, is a thought-provoking film that pushes the boundaries of cinema and challenges audiences' expectations. The premise is deceptively simple: a group of friends gathers to celebrate a wedding in Mexico, but the celebration is disrupted by a tragic accident. The film explores human relationships and the complexities of the human condition with unflinching honesty.

What sets THE DROP apart from other films of its genre is the way it approaches the subject matter with a genuine reality of something like this happening. The film is a black comedy that asks audiences to put themselves in the main character's shoes, presenting an authentic and cringe-inducing conflict. The film boasts an impressive cast, led by Jermaine Fowler and Anna Konkle as the central couple, Mani and Lex. Fowler delivers a nuanced and emotionally powerful performance, while Konkle delivers a deeply empathetic performance as a complex and multifaceted character.

The script creates a sense of realism that feels both natural and profound. The film is not afraid to take risks and push the boundaries of "cringe comedy." The humor is dark and sometimes uncomfortable, but it is always rooted in a deep understanding of human nature and the complexities of our relationships.

However, the film's tone could be more straightforward to watch. Ultimately that’s where it struggles more than anything, and there were times that I wasn’t sure if I was watching a comedy in the vein of THIS IS 40 or a much more intense straight drama. It didn’t make the experience terrible, but it did take you out of the moment while watching.

This film is not for everyone, but for those willing to take the journey, it is an experience worth noticing. It's a film that will take you on a mixed ride of emotions, making it hard to predict what's coming next.