There's More Here Than the Game of Chess 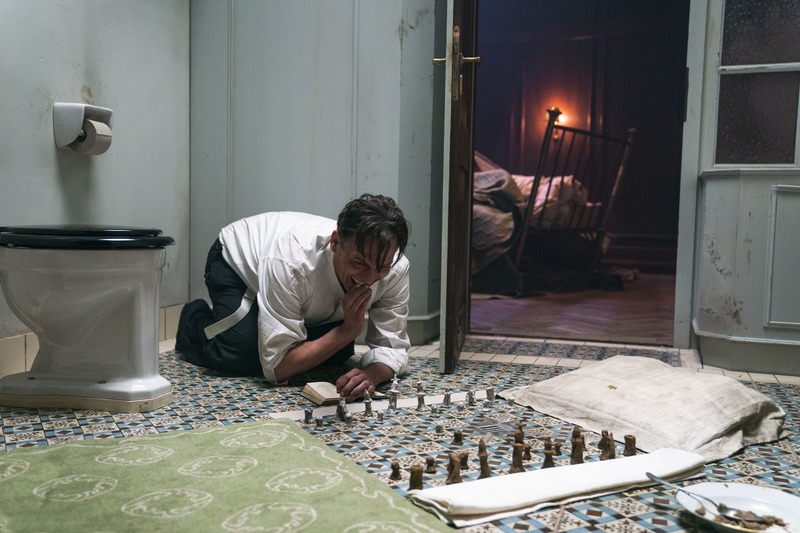 RAVING REVIEW: Don’t expect to see a lot of chess being played here, but you will get to witness masterful storytelling that uses that strategy to its full advantage. A film that will leave you thinking long after you’re finished.

CHESS STORY is a tour-de-force in psychological filmmaking, delving deep into the twisted psyche of its central figure, Dr. Josef Bartok, through the prism of chess. Adapted from Stefan Zweig's seminal novel, screenwriter Eldar Grigorian crafts a non-linear narrative that commands the viewer's complete attention.

The film commences with a tense scene aboard a ship, in which a small moment reveals itself to possess immense significance. The narrative then adjusts, illuminating Bartok's arrest and incarceration before hurtling forward to the ship, where Bartok's love and skill for chess are displayed. The plot unfolds gradually, leaving the viewer with many unanswered questions yet ultimately cohering to a compelling conclusion.

Stölzl’s direction is powerful, granting the audience access to Bartok's innermost thoughts and feelings as he refuses to relinquish the information that is actively trying to be pried from him, even at the cost of dire consequences. The character's feelings of isolation, frustration, and despair while in prison are almost documentary-like, to the extent that you can forget what you are watching is a drama. I enjoyed that the audience was always privy to the same information as Bartok, building to a twist in the second act that you won’t expect.

The film does have some hurdles for a wider audience. The pacing can be deliberate and slow, and it takes time for the narrative to gather steam fully. Additionally, the film's central connection to chess may take time to become apparent to some viewers, with the metaphor only becoming clear as the story progresses.

When held up against other chess-centric films, such as THE QUEEN'S GAMBIT, the title may be slightly misleading, instead utilizing it as a thematic parallel for the most part. Yet, in this way, CHESS STORY distinguishes itself as a cerebral, intellectually stimulating film that repays the viewer's investment in spades for those who prefer challenging and cerebral storytelling.