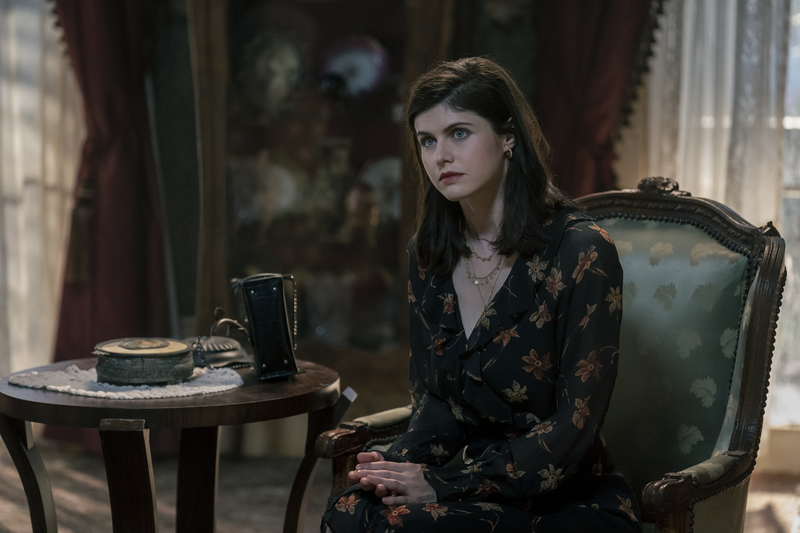 RAVING REVIEW: If you liked AMC’s ANNE RICE’S INTERVIEW WITH THE VAMPIRE, get ready for more gothic tales in that same world. The Anne Rice Immortal Universe is AMC’s answer to the world-building that’s become so popular (see The Marvel Cinematic Universe.)

Based on Rice’s best-selling trilogy, “Lives of the Mayfair Witches,” we get a deeper dive into the supernatural world first seen in Interview. The series follows the Mayfair family, a wealthy and influential dynasty in New Orleans with a long history of otherworldly gifts and encounters. We see relationships and conflicts within the family and their interactions with the world around them (both natural and supernatural.)

Alexandra Daddario plays Rowan Fielding throughout the eight series episodes, a neurosurgeon who discovers she is the unlikely heir to the Mayfield family. This is only the start of her journey as the central protagonist in the series; she must uncover her past and her newly found family's history. From what I’ve read, the novels this series is based on spend less time on Fielding’s “learning,” although it’s entirely unfair to judge a book versus an extended series. The amount of detail you can fit into a book versus a TV series or movie isn’t an equal comparison.

I’ve only screened the first five episodes of the series so far, and I hope some later episodes work on world-building within this shared universe. The possibilities are endless when you’re dealing with vampires and witches. I would love to see some of the crossover potentials; I’ll be interested to see what the next plan is for the future of this universe. AMC has the rights to 18 titles and has only scratched the surface. I’ll be intrigued to see if they can create something that will pull in fans who aren’t there to see the movie's familiarity from 1994 or have just heard of it.