You Haven't Seen Nasty Until You've Seen This (but Seriously, This Is a Vitally Important Part of History) 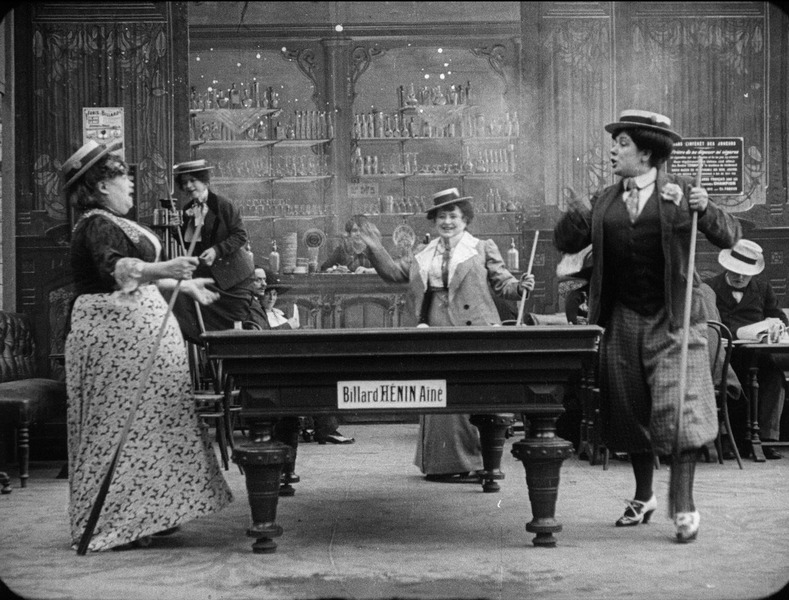 RAVING REVIEW: One of the most entertaining and enlightening experiences I’ve had all year. Even though these films were made over 100 years ago, they are, oddly enough, as timely as ever.

The title of this film set is intentionally named to draw your attention and point out the hypocrisy of the person who coined that term. It’s a new time; groups are proudly stealing hate-filled words and making them their own instead of allowing them to be weaponized against them. This entire series of films is about empowerment and showing that women taking a stand against the status quo isn’t a new trend.

Initially, I had assumed I would screen a few of these across the multiple discs. 14+ hours later, I had watched all four discs in their entirety and was left wanting more. These films cover a little bit of everything; even the shortest left you with a smile. “These women organize labor strikes, bake (and weaponize) inedible desserts, explode out of chimneys, electrocute the police force, and assume a range of identities that gleefully dismantle traditional gender norms and sexual constraints.”

The best part is that the films were as important as the introductions and mini-documentaries. At times it almost felt like these films were more in your face than anything of today, and I loved it. I also love seeing the active work to preserve these lesser-known films for generations. While you may not know their names, their stories are timeless.

The sad realization that women are still fighting for some of the same things today that they were fighting for in these films is heartbreaking. As a nation, it feels like we’re taking one step forward and two giant steps backward. Film projects like this go a long way in sharing the history of these “nasty women.”