Comedy Isn't Always Funny While Looking in a Mirror 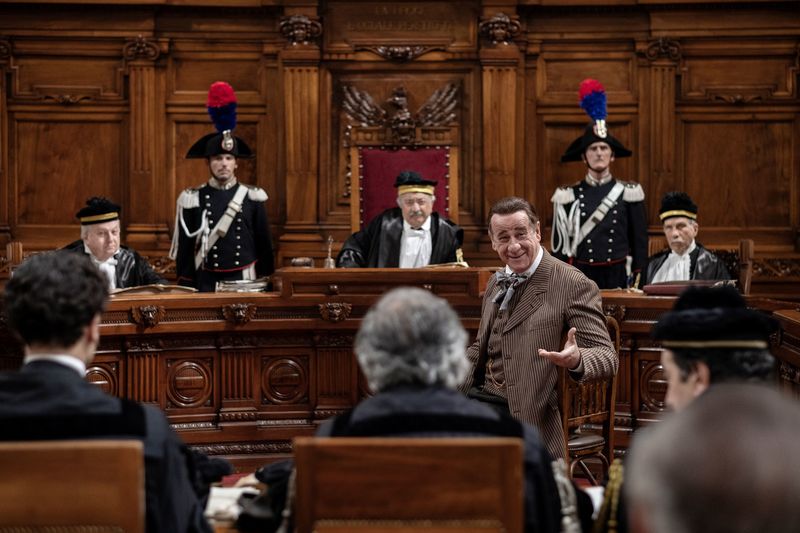 RAVING REVIEW: Expectations are one of the biggest curses of a film critic like myself. You see a film with this title and imagery to go along, and then when you view the film, the experience is entirely different.

While I don’t think I would say I didn’t enjoy this, I was somewhat cursed with the idea of the film being a different experience. I was expecting something similar to 1984s AMADEUS and got a much different version of a “comedy” than I expected. That isn’t a slight against the film but a slight against myself and a lesson to sit back and experience the film instead of guessing what it will be.

I’ve always taken pride in writing my reviews for an average audience. At the same time, I’ll occasionally veer off track and talk about things in a way that isn’t as easily digestible; I try to keep my reviews welcoming to all. A lot could be said about this film-watching experience, mainly because of the artistic eye of the director. In a nutshell, though, the film felt as high-brow as the theatrical experience it was telling us about.

Ironically this is billed as a drama, but the period the film takes place in allows for some comedy to be mixed in as well; it’s just not as in-your-face as I was expecting. You would think with a title like this that, you would be laughing quite a bit, but the clown-like experiences are more sophisticated than I was expecting.

It’s interesting to see this story unfold in such a surreal manner; at no point was I ever bored with the displays on the screen. You had picturesque sets and fantastic costumes that made you feel like you were there experiencing the story yourself.