Welcome Back to the Pitchverse 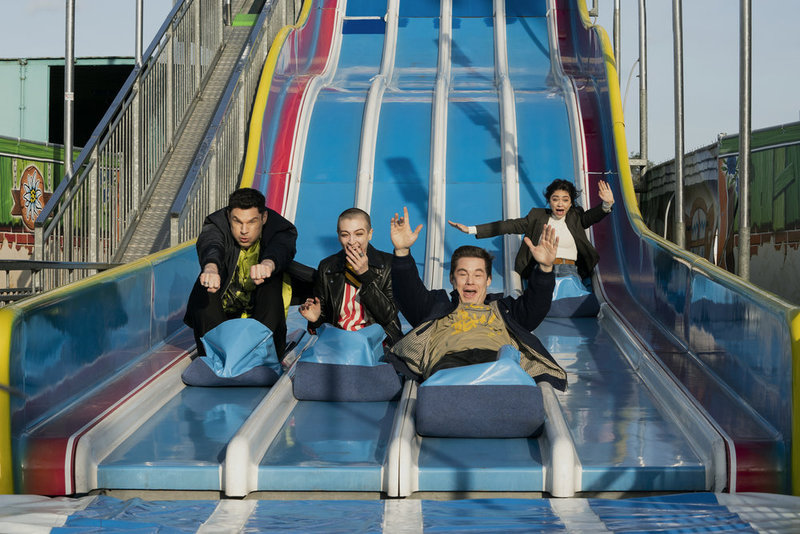 RAVING REVIEW: Do you want more PITCH PERFECT with a twist of a little more Bumper (Adam Devine)? Then you’re in luck!

This is a different angle on the Pitch Perfect universe, which isn’t bad. We get to focus on the continuing adventures of Bumper and a “new” supporting cast in Berlin. The additions of Sarah Hyland and Jameela Jamil are welcome additions to the canon but don’t expect The Bellas to come to Bumper’s rescue. This is Bumper’s story, and the easy-to-watch series ensures you know that.

With a few throwbacks to the films, the new Peacock series does its best to blaze its trail and show that the Pitchverse is deeper than we’ve seen before. Ironically it does so with substantially less music than you would expect (in my opinion, the only major knock on the series.) That doesn’t mean there isn’t any music, but it isn’t nearly the onscreen spectacle musically that the films were.

I would like to see this universe expanded further. There could be a lot of untold stories from other characters easily woven into their series themselves. Especially with only six half-hour episodes, they’re easier/cheaper to produce and make for an easy watch. Ultimately you could end up with an almost Marvel Cinematic Universe-style approach where everyone could come back together for another film or extended series.

If you’ve been a fan of the films, this is without question a must-watch. While there is room for improvement, I still enjoyed each episode (although I would’ve liked to have seen the last episode, given a longer runtime. Ultimately this may not have all of the same magic that the films (especially the first) did, but it was still a great addition to this world, and I hope they get to continue. I would love to see more of this story and ones like it.