A Story That Is More Than Meets the Eye 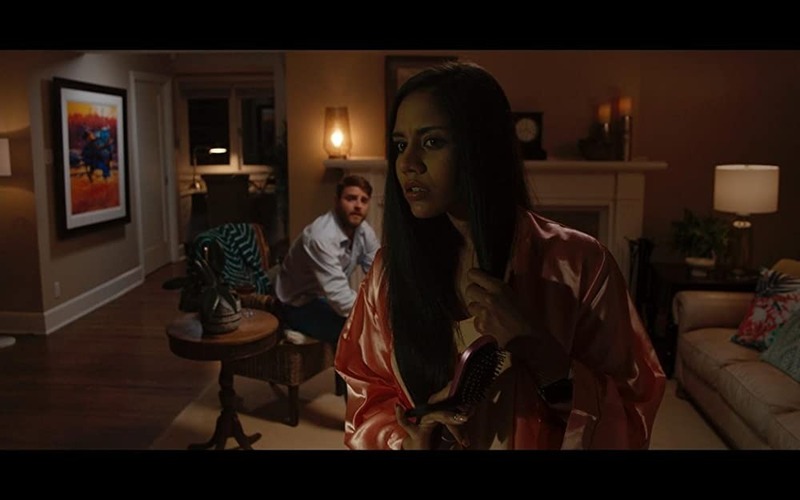 RAVING REVIEW: An intriguing story that gets too comfortable with what it is instead of diving into the core of it all. I will say that the film's first fifteen minutes were some of the most edge-of-your-seat simplicity I’ve seen.

Even as I write this, I’m genuinely crossed on the film, not because I think it was terrible but because I think it could’ve been so much better. So many moments that were “almost” that just didn’t quite go far enough. I don’t think most people who watch this will walk away thinking they watched a bad movie. Director/writer Dom Cutrupi did enough in this feature film debut to keep audiences locked in, but I hope this gives them the confidence to push some boundaries in their next film.

I appreciate the synopsis of this film so much; it’s too often where one will give away far too much. Instead, it’s kept simple and cryptic, making you want to know more. Simply reading, “Two successful online influencers are confronted with the appearance of a mysterious countdown on their mirrors that threatens to reveal what's behind their apparently perfect life.” Please, if you plan on watching this, don’t read any deeper dives into the film. This gives you enough of what you need to decide whether you’d be interested.

I always find it interesting to see the process that a director takes their film through; it’s evident that Cutrupi had a message to share and, I think, did so successfully. On the surface, the film is a story about one thing, but you quickly see in the second act that it’s about far more than meets the eye.

SPOILERS AHEAD: (kind of)
To some extent, the film is READY PLAYER ONE meets THE MATRIX, but that’s where I think it overextends its reach. I like the idea, but the execution doesn’t quite hit that homerun.