A Childhood Classic Given New Life

by Chris Jones
Published on November 5, 2022 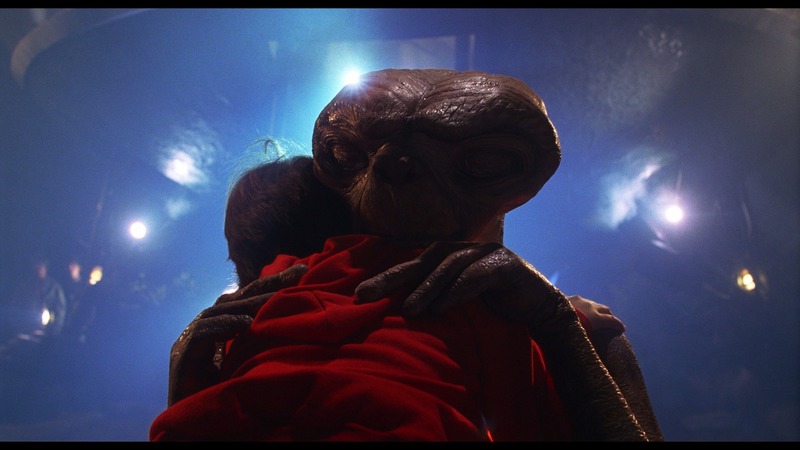 RAVING REVIEW: I mean, come on, it’s E.T., what am I supposed to say here that hasn’t been said before? That’s not a knock on the film, just the reality of the classic status of the film.

Being born when I was, this is 100% part of my zeitgeist, so much so that even many years after its release, I still wore one of those terrible plastic face masks and smocks with the name on it for a Halloween costume.

One of the most amazing things about this release is that I hadn’t seen the film in a long time; I would be willing to say it was probably on DVD (maybe even VHS) when I saw this last. So to see it in 4k was a new experience; the colors, the depth, the detail, everything about it felt fresh.

There are so many iconic moments in the film you don’t realize how deeply ingrained this film is in the world around us until rewatching it with a fresh set of eyes. From countless timeless quotes to scenes you “remember,” it even has STAR WARS references.

If you either haven’t seen this, or it’s been a long time, you should run out and get this and watch it for the “first time.” I can’t wait to dive further into all the amazing extras; that alone will be a blast.

BONUS FEATURES:
- 40 Years of E.T. The Extra-Terrestrial
- TCM Classic Film Festival: An evening with Steven Spielberg
- The E.T. Journals
- Deleted Scenes
- Steven Spielberg & E.T.
- A Look Back
- The evolution and creation of E.T.
- The E.T. Reunion
- The Music of E.T.: A Discussion with John Williams
- The 20th Anniversary Premiere
- Theatrical Trailer
- And more