by Taylor Huffington
Published on July 17, 2022 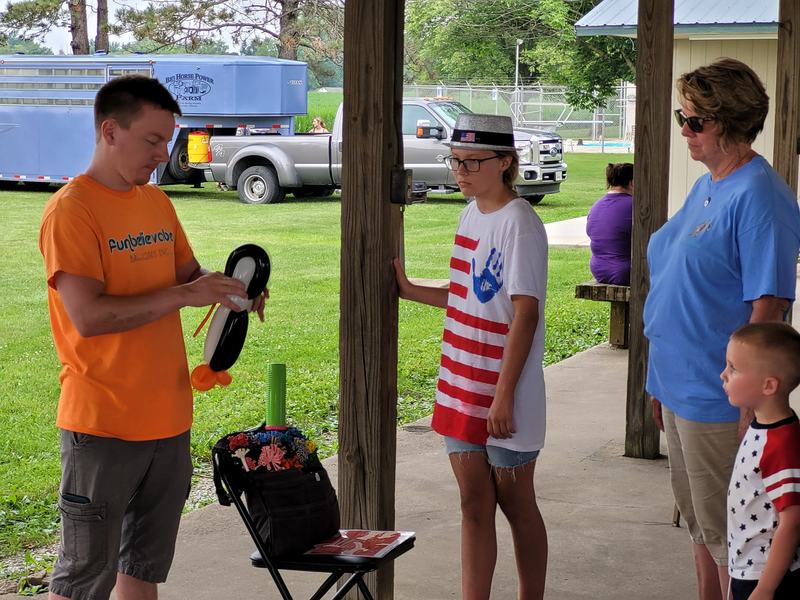 On Saturday, July 16th Stanford and Allin Township came together to host Stanford Good Old Jubilee, a new installment of the old Stanford Good Old Days festival. This newly remodeled festival is different from the one of the past. For example, instead of occurring over three days the Stanford Good Old Jubilee festival occurred only on one day. Different activities were featured at the festival with things like the Quilt Show at the Church of God, a variety of entertainment at the pavilion, and activities at the Township Building such as TAPS. While there are many changes to the festival, things like the fireworks show, which is being put on by the same company hired in prior festivals, was similar to what attendees have seen in the past.

There has been hope for years within Stanford and in the surrounding communities that the festival would return. Even before Stanford Good Old Days was created there have always been summer festivals in Stanford with some residents remembering a festival back in the 60’s for the Centennial celebration. While the town wasn’t able to bring the festival back like it was before they were able to get enough community involvement to raise the funds and get volunteers to host Stanford Good Old Jubilee, a name selected by Normadee Miller one of the longest running Good Old Days volunteers.

The festival wouldn’t have been possible without community groups such as the Village of Stanford, Allin Township, Allin Township Park District, Allin Township Library, Allin Township Fire Protection District, The Church of God, and 4H working together to turn the festival from a wish to a reality. Community involvement in this year’s festival was like never before and truly shows how people band together to create something like this. There are hopes to make this festival a tradition and have it evolve as more people get involved and volunteer so if you attended the festival and want to see it come back next year make sure to share your excitement, see what you can do to help out, and spread the word about the festival to keep it going.